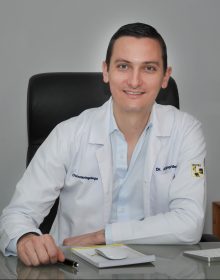 Dr. Arturo Cordero has a long career and a great experience as an otolaryngologist in Guatemala, in everything related to problems related to Ear, Nose and Throat.

His exquisite practice in otolaryngology specialties such as advanced nasal surgery, endoscopic and skull base surgery, make him a professional of great prestige and reference in Guatemala.

Dr. Arturo Cordero began his medical studies at the prestigious medical school of the Francisco Marroquín Private University (UFM) in Guatemala. Later he moved to Spain, where he spent a year and a half doing the MIR. Later, he would move to the University Hospital of La Fe, in Valencia, where he would choose the specialty of otorhinolaryngology, a specialty that he would later complement with a fellowship in a renowned hospital such as the Hospital Clínic of Barcelona.

The Ear Nose and Throat (ENT) department of the Clínic is at the forefront of rhinology and oncology of the head and neck in Spain. During all this time, Dr. Arturo Cordero has been working for more than a year in all the rhinology part, specifically in the endoscopic part of sinus surgery, and skull base surgery, specializing in the removal of tumors in The head is approached through the nose.

After finishing his studies in Spain, he returns to Guatemala where he starts as a partner at the Otorhinolaryngological Center in Guatemala City.

„At the Otorhinolaryngological Center of Guatemala City, I practically dedicate myself to see both children and adults with general problems of nose, throat and ear. In more things advanced I have specialized in everything related to nasal surgery, where I have been doing an average of about 20 surgeries a month “

Dr. Arturo Cordero, has more than eight years of professional experience as an otolaryngologist at the Medical Center, attending in his consultations patients with breathing problems and allergies and rhinitis problems fundamentally. Many of these patients with sinusitis are offered different alternatives and therapies, and in more complex cases specific surgeries to correct this type of problem.

For those troublesome and continuous problems, such as congestion, olfactory or recurrent problems such as nasal obstruction, the Otorhinolaryngological Center of Guatemala provides preventive and effective solutions to improve the quality of life of the patient, without the need for the patient to get used to these problems that last over time and that affect their quality of life.

To satisfactorily resolve certain pathologies and be able to face the most complex surgeries with total safety, the Otorhinolaryngological Center in Guatemala has the most modern diagnostic and treatment means. For example, the center has the best endoscopic tower, Spies, tower of the prestigious German firm Karl Storz, with which you can make more advanced and precise procedures such as repair of skull base, fistulas, nasal tumors, etc. mainly all those related to the endoscopic part.

The Otorhinolaryngological Center of Guatemala is not only at the forefront of technology and medicine, it is also a reference in Guatemala for solving complex pathologies through advanced nasal surgeries, endoscopic and skull base surgeries, where Dr. Arturo Cordero shines as a recognized specialist in these fields.

Above all this professional experience in the most advanced nasal surgery, where Dr. Arturo Cordero is a recognized prestigious otolaryngologist and reference in Guatemala, this doctor enjoys his profession as a hobby, dedicating himself to her body and soul, making every day what he really likes.

The recognition of their work by their patients and seeing them return to the consultation commenting that this otorhinolaryngologist changed their lives and that they have returned to activities that they could not do before, it is very rewarding and beautiful part, and this beyond medicine, it is unique.

„I think that’s the most important thing. If the patient needs you at 3 o’clock in the morning, if you need to talk to you or if you need anything, always be there for him and contribute more than usual. „

Member of the Guatemalan Otorhinolaryngology Association.

Member of the Official Medical School of Barcelona.

Member of the Valencian Society of Otorhinolaryngology.

Member of the Spanish Society and Cervico-facial pathology of Otorhinolaryngology (SEORL).

Member of the illustrious medical school of Valencia.

Member of the College of Physicians and Surgeons of Guatemala.

2001-2010:
Bachelor of Medicine and Surgery from the Francisco Marroquín University of Guatemala, Guatemala Title approved by the Ministry of Education and Science, Spain.

Cordero A MD, Mateos M MD, Morera C PhD Failures of MRI in the Diagnosis of Cholesteatoma XIV International Meeting of the Mediterranean Society of Otology and Audiology, Valencia, Spain

2013:
Cordero A MD Garrigues H PhD. Treatment with Intratympanic Gentamicin as a Function of the Period Used for its Assessment. 64th Congress of the Spanish Otorhinolaryngology Society, Madrid, Spain

Endsocopic Approaches To The Paranasal Sinuses And Skull Base, a Step by-Step dissection guide Thiem Publisher, 2017

He is part of the  International Esperanza Project support team, providing diagnostic and surgical treatment to the low income patients that benefit from these medical missions. 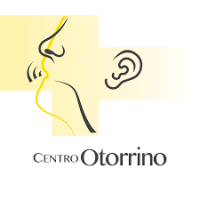 Request appointment with Dr. Arturo Cordero Castillo
Your request will be received and processed by the clinic staff, who will contact you soon.